Obamacare is a piece of legislation that was passed and signed into law during President Barack Obama’s term in 2010. It’s also referred to as The Patient Protection and Affordable Care Act, or shortened to the ACA. The goal of the ACA was to improve the quality, accessibility, and affordability of health insurance across the United States.
Before Obamacare, many Americans struggled to obtain or pay for health insurance because of their pre-existing medical conditions. The ACA greatly reduced the number of uninsured Americans. It included more than a thousand pages of provisions that extended access to health insurance, as well as the Medicaid and CHIP programs. As a result, record numbers of Americans enrolled in healthcare using the ACA Marketplace in 2021, and that number is projected to be even higher in 2022.
This article will discuss the ACA provisions, coverage standards, and insurance plan benefits you’ll find in all ACA plans.

The ACA did much more than just provide Americans with new health insurance options. It included many provisions that extended Medicaid eligibility, prohibited discrimination for pre-existing conditions and allowed premium subsidies for low-income individuals and families. Let’s review each provision so that you can understand the full impact the ACA had on health insurance in Texas and across the United States.

Premium subsidies or tax credits reduce the amount you’ll pay for an insurance plan purchased through the ACA marketplace/exchange. (The terms “marketplace” and “exchange” both refer to the listings of ACA plans.)
Not everyone qualifies for premium tax credits. First, you must enroll in one of the ACA metal-tier plans (Platinum, Gold, Silver, or Bronze), and then you must meet certain income requirements. You may also qualify based on age, immigration status, and access to government or employer-sponsored plans. In addition, some of the original premium subsidy requirements have been extended due to the economic impact of COVID-19.

Cost-sharing reductions (CSR) are another way the ACA has made health insurance more affordable. These subsidies reduce the out-of-pocket costs you have under your plan. Those costs could include deductibles and copayments or coinsurance expenses. You must be enrolled in a Silver ACA plan to be granted cost-sharing reductions. Like the premium subsidy, you must meet certain eligibility requirements to qualify for CSR. In 2021, approximately 48% of all ACA enrollees received this subsidy.

An Alternative to COBRA

COBRA allows employees to continue coverage on their employer-sponsored group health plan after terminating their employment. Prior to the Affordable Care Act, this allowed individuals with pre-existing conditions to keep their current coverage since they would have otherwise been denied a plan based on their medical history.
However, many people find this option to be unaffordable since they had to assume responsibility for the full price of the plan. (Many employers pay for some or all of the plan’s premiums.) If they could not afford COBRA, individuals with pre-existing conditions were not left with many (or any) other options.
Obamacare presents an alternative to COBRA. The ACA included a guaranteed issue provision, which prohibits insurance companies from denying coverage based on pre-existing conditions. In addition, ACA coverage is just as comprehensive as group coverage.

The Medicaid expansion provision was put in place in 2014, but it was made optional to each state. So far, 38 states have opted into the expansion and now receive federal funding to allow for increased Medicaid eligibility.

Prior to the Affordable Care Act, premium rate increases were not always actuarially justified. Some states did better than others regarding regulating increases, but many enrollees were subjected to considerable, frequent rate hikes.
Now, any proposed rate increase of 15% or more must undergo an actuarial review, and the results must be published for consumer viewing. (The original threshold was 10%.) The federal government conducts rate reviews in Oklahoma and Wyoming, but other states handle their own reviews. For example, Texas implemented its state review program in 2022 but was under federal review up until then.

The medical loss ratio is also referred to as the “80/20″ rule.” It requires insurance companies to spend at least 80% of their premium revenues from individual and small group plans on clinical care and quality improvements. (Large group health plans must spend at least 85% of their revenue on improvements.) If the requirement is not met, the insurance company must send refunds or rebates to their policyholders.
The medical loss ratio also applies to Medicare Advantage plans, but as an 85/15 ratio. However, in this case, any refunds are sent to the federal government, not policyholders.

ACA plans have an annual out-of-pocket cap or maximum that the enrollee can be responsible for paying. Once the policyholder has spent the maximum amount, the plan will completely pay the rest of their healthcare costs. Before the ACA, some individual plans saw caps at $20,000 or more – an astronomical amount to most of us. In 2022, individual plans are capped at $8,7000, and families will pay no more than $17,400.

Coverage standards are used to prevent insurance companies from discriminating against applicants based on age and pre-existing medical conditions. It also prohibits them from charging higher premiums based on either of these factors. All ACA policies are guaranteed issue, meaning no one can be denied enrollment due to their health history.
The law also prohibits the practice of applying waiting periods for coverage on existing conditions and limits the amount of time employers could wait before offering a full-time employee health insurance to three months.
The ACA also implemented “minimum value standards” for large employer-sponsored plans. These standards prohibit a plan from being “mini-med” or having large holes in coverage. Lastly, the ACA does not allow the use of lifetime or annual benefit limits. This is helpful to those who require more medical attention and would have exhausted the plan limits in prior years.
All of these coverage standards apply to health insurance plans that are offered to college students.

The ACA put protections in place to protect certain individuals and groups of people.
Under Section 1557, no insurer is allowed to discriminate against individuals based on their sexual orientation or gender identity. The Trump administration did roll back those protections in 2020, but the Biden administration has since reinstated the original mandate.
Women can no longer be required to pay higher premiums due to pregnancy, nor can they be denied coverage due to a current pregnancy. (Surprisingly, plans were allowed to do this and routinely did so prior to the ACA.) Also, plans are required to provide coverage for at least one version of each FDA-approved method for birth control.
Consumers also have access to both internal and external appeals processes, thereby protecting them from unjustified denials. Finally, a health insurance company cannot retroactively terminate a plan unless the original application proves to be fraudulent or includes intentional misrepresentations.

Medicare provisions included in the ACA were designed to decrease costs, reduce Medicare spending, and improve coverage for Medicare beneficiaries.

Medicare Part B includes benefits for outpatient services, including preventive care. Due to changes made by the Affordable Care Act, those preventive services are free. These include annual wellness visits, many screenings and vaccines, mammograms, “Welcome to Medicare” visits, and personalized prevention plans.

How to Enroll in Obamacare

One disadvantage of Obamacare is that individuals cannot enroll year-round. The open enrollment period occurs each year from November 1 – January 15. (Some states have longer enrollment windows.) If you enroll by December 15, your coverage will begin on January 1. If you enroll after December 15, your coverage will go into effect on February 1.
Outside of the open enrollment period, you can only enroll in Obamacare if you qualify for a special enrollment period. There is an extensive list of life events that would qualify you for a special enrollment. Things like relocation, having a baby or adopting, getting divorced, or losing your current health insurance plan are all things that might qualify you.
CoverMile can help you find health insurance in Texas – whether that is through the Marketplace or a private insurer. We offer a wide range of services and are sure to find a plan that fits your needs. Give us a call today to speak with one of our licensed insurance

Should I Get Short-Term Health Insurance or Obamacare? 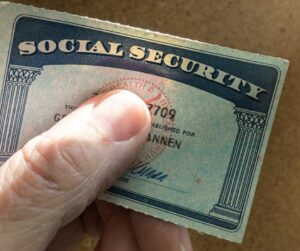 Does Social Security Count as Income for Obamacare?